Think about the last time you went to the grocery store.

You walked down the aisles and try to get as much as you can to feed yourself or your family for the next week or month. Making sure it’s something nutritious, filling, and acceptable for all the picky eaters in the house.

You try your best not to grab three bags of Cheetos and a case of soda to throw into the cart. After all, it’s a new year and you swear you’ll eat healthy this time.

But how often do you check for the amount of sodium in your food?

While many health-conscious people may take the time to look at how much fat or carbs are in foods, sodium is often overlooked.

The American Heart Association recommends no more than 2,300 milligrams (mg) of sodium a day which is equivalent to about 1 teaspoon. However, most Americans consume 3,400 mg of sodium – way more than the recommendations.

Eating more than a teaspoon of sodium may not seem like a huge risk. But sodium adds up quickly and can increase your risk for health problems including high blood pressure, heart disease, and stroke.

First things first. Let’s talk about the difference between salt and sodium as many people mix them up.

Salt’s chemical name is sodium chloride. It helps season food and is used as a preservative to keep foods fresher for longer periods of time. Sodium is a mineral that is found naturally in foods like milk but is usually added to foods when they are being packaged and prepared.

Salt is sodium but sodium is not salt. Got it?

As mentioned earlier, too much salt in your diet may lead to an increased risk of health problems. Some problems may show symptoms and others, like high blood pressure, may not have any symptoms at all.

What Happens If You Eat Too Much Sodium

The signs above are great indicators to determine if you might have too much sodium in your diet. Because high blood pressure often doesn’t have any symptoms, it may hard to detect. That is why it is important to visit your doctor regularly for wellness checks and preventive screenings.

Related: Make the Most Out of Your Doctor’s Appointment

High blood pressure occurs when the force of blood being pushed against the walls of your blood vessels is consistently too high. It makes your heart have to work harder to get blood pumped throughout your body.

An overworked heart and the high force of blood flow can lead to damaged arteries and organs which may eventually result in a heart attack or stroke.

Visit the American Heart Association for more information on the risk factors for high blood pressure.

The salt that you use to season your food or throw in your pasta water is not the main culprit to a high sodium diet. In fact, more than 70% of the sodium in your daily diet is hiding in processed foods and restaurant meals.

When I say processed foods, I am not discriminating! This doesn’t only mean those chips, twinkies, and hot dogs.

Bread, lunch meats, and even salad dressings are considered processed and may have large amounts of salt.

It’s important that we are aware of what we eat so that we can make better choices in the future.

This graphic created by the Centers for Disease Control and Prevention shows how a typical meal can actually have large amounts of salt hiding in it.

Foods That Are High in Sodium

Here is a list of a few common foods that have high amounts of sodium.

Many people eat more than the recommended amount of 2,300 mg of sodium per day. Too much sodium can lead to health problems and severe conditions such as high blood pressure and stroke.

It’s important to understand the effects of sodium and where it’s hiding so that you are able to make better choices when you go grocery shopping and out to eat.

Think about the last meal you ate. If you still have the package, read the food label to determine how much sodium was in there, or make an estimate by looking it up online using www.myfitnesspal.com or www.calorieking.com.

Are you surprised at how much sodium you found?

Let me know in the comments!

The Danger of a High Sodium Diet 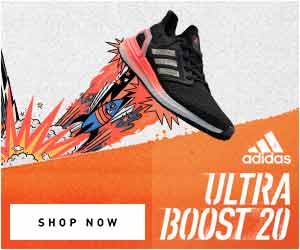